August 18, 2019
Today's post is inspired by this recent post over on the great Music Republic blog.  In the fall of 1993, I spent two weeks in the village of Medina Sabakh, a small village in the Kaolack region, not far from the Gambian border.  I had only been in Senegal for a month, didn't yet speak any Wolof, and didn't know much about anything.  I was sent to Medina Sabakh because of my interest in music.  The village is renown throughout Senegal for its music, called Ngoyane.  These two weeks were some of the most challenging of my life, trying to function in a West African village without anyone to guide me.  I was able to learn the basics of the xalam, the small calabash lute, but I didn't have the opportunity to hear the singers that have made the village famous. 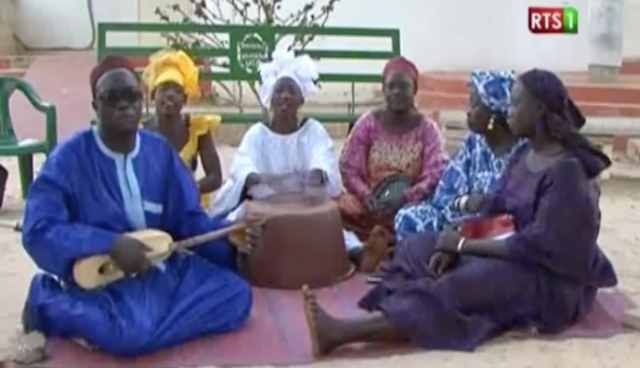 Ngoyane, as it is traditionally performed in Medina Sabakh, is intimate music, praise songs performed by a small group of female griots accompanied by a xalam lute and calabash percussion.  The music is performed during xawaarés, evening gatherings in a family courtyard.  The tradition was started in the late 1940s by an ancien combattant named Goumbo Touré, who the French colonial administration appointed chef de canton of Sabakh as a reward for his military service during the second World War.  When Touré arrived in Sabakh, he discovered, to his dismay, that there were no griot families in the village.  Touré invited several griot families from neighbouring Gambia to move to the village.  The first griotte he invited was a young singer named Seynabou Dieng.  With several griot families now in the village, Touré started to organize regular xawaarés.  The village's notable families followed his example and a tradition was born. 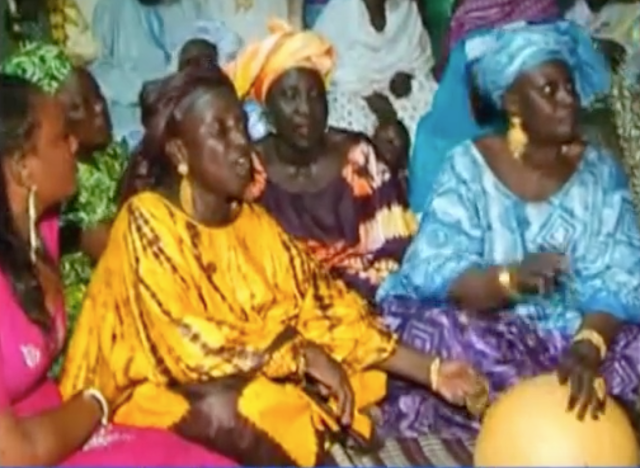 In 1969, Mamour Ousmane Ba, a local political leader, encouraged Seynabou Dieng to put together a professional group that could represent Medina Sabakh at national events.  Thus was born La Troupe Folklorique de Medina Sabakh, featuring Seynabou Dieng and her husband Birame Lobé Dieng on xalam, the singers Lissa Dieng, Seyba Sy and Saly Mbaye.  The group soon made their way to Dakar where they recorded 'Ndaga Ndiaye Ali Seynabou', a song composed by the xalam players Sacko Dieng and Birame Lobé Dieng.  This recording established Medina Sabakh's national reputation.  For the next thirty years, Medina Sabakh was synonymous in the Senegalese imagination with intimate performances of traditional music in a family courtyard, by the light of a full moon.

Following Seynabou Dieng, several other singers and groups from the Saloum region became nationally known interpreters of Ngoyane.  The most successful were the Medina Sabakh singers Say Bassi Bieng and Saly Mbaye, and the Kaolack-based Groupe Jubbo.  I have commercial cassettes from all of these artists, but the cassette I want to share with you provides a more intimate snapshot of a moonlit xawaaré.  This recording is the best of three cassettes I found in Dakar that are simply and frustratingly labelled Medina Sabakh.  These are straight to boombox recordings of an evening of Ngoyane in a family courtyard.  You can hear conversations in the background and a baby occasionally crying (Side B).  I don't know who the group is.  This recording was probably made in the early 1990s.

This style of music seems to be disappearing, with fewer artists composing new material and keeping the tradition alive in Medina Sabakh.  Here is a lovely short feature produce by Senegalese National Television on the Ngoyane of Medina Sabakh.

Most of this post was drawn from these two interesting articles.  The pictures accompanying this post and embedded in the audio files are not of the group featured on the cassette, they illustrate the type of group that is featured.  A special tribute to Gary Engelberg, co-founder of the ACI center in Dakar, who has just recently passed away.  Without him I would have never made it to Medina Sabakh.