The Mulemena Boys, a Tribute to the Late Emmanuel Mulemena

September 10, 2019
Emmanuel Mulemena was born, on December 25, 1937, in the small rural town of Kasempa in Zambia's North-Western province.  He started singing with his church choir at the age of five and performed his first concert while a primary school student.  His father, Essa Masiposa Mulemena, was a talented church musician who worked in the Democratic Republic of the Congo.  Emmanuel visited his father often and fell under the spell of the Congo's great guitar players, in particular the fingerstyle pioneer Mwenda Jean-Bosco. 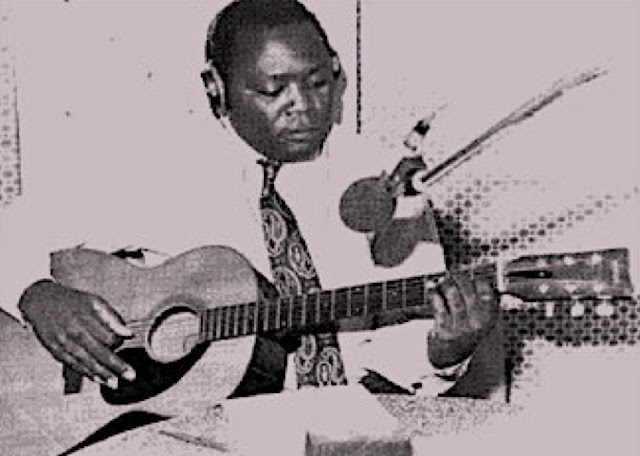 Mulemena started his professional life as a rural school teacher in Luapula province.  In 1963, he left teaching and joined the Northern Rhodesia Broadcasting Corporation, where he met Alick Nkhata, one of Zambia's first radio broadcasters and a successful recording artist.  After four years at the radio station, Mulemena was sent for further training in film production, eventually landing a job at the Malachite Film studios, located at the Anglo-American Corporation Nchanga Copper Mine.  Throughout these years, Mulemena continued to compose and perform.  In 1975, President Kaunda decreed that 90% of Zambian airtime had to be devoted to Zambian music, sung in national languages.  This decree helped launch Emmanuel Mulemena's national career.

In the mid-1970s, Mulemena was so impressed by a trio of musicians he heard performing in a local bar in Luanshya Township, that he hired them to become his backing band.  Emmanuel Mulemena and the Sound Inspectors soon dominated the airwaves.  Their songs became popular throughout Zambia, and spread into Zimbabwe, Malawi, DRC, and South Africa.  Emmanuel's popularity gave him the opportunity to present a weekly televised music program, showcasing Zambia's great Kalindula artists.

Emmanuel Mulemena passed away in February, 1982, at the height of his popularity.  The Sound Inspectors--bassist Gift Chisa, lead guitar player Joseph Mutemba, and rhythm guitar player Brian Chibangu--changed their name to the Mulemena Boys and soldiered on.  In 1984, they released A Tribute to the Late Emmanuel Mulemena, an lp featuring eight of Mulemena's most popular compositions.  The album was a massive hit.  The group performend throughout the 1980s, giving birth to its own offshoot, the Junior Mulemena Boys.  [Emmanuel Mulemena's musical legacy also continued through his son John Mulemena, one of the founding members of the Masasu Band (subject of a future post).]

My copy of Tribute to the Late Emmanuel Mulemena is a little chewed up, but not enough to keep me sharing this delightful album.  This is stripped down Kalindula music, a spare drum machine pulsing under interwining guitars and relaxed vocal harmonies.  One of my favorite tracks, Umuti wa Bufyashi tells the story of a couple desperate to have children.

Download The Mulemena Boys - Tribute to the Late Emmanuel Mulemena

Concerned that his wife is barren, the song's hero convinces his wife to visit traditional healers and medicine men.  These charlatans prescibe a diet of herbs and insects but a year after starting the treatment the couple still can't concieve a child.  The husband, frustrated and bitter, threatens to divorce his wife.  She asks him to consult the white man's doctor.  He grudgingly accepts.  The doctor examines the wife and reassures the couple that she is not barren.  He tells them that the only reason they haven't had a child is because the husband comes home every evening too drunk to perform...

All of the biographical information on Emmanuel Mulemena is taken from Leonard Kokoko's great book Zambia Music Legends. The pictures are snagged from the internets.  If you would like to hear some of Emmanuel Mulemena's original recordings check out the four tracks on the great Zambush 2 compilation on the SWP label.