February 14, 2020
Sakpata is the vodun, or god, of illness (and also of the earth) worshipped by the Fon of Benin. In the pantheon of the Yoruba people the god is called Shoponna. To the followers of Cuban Santeria it is the god Babaluaye. And to the adepts of Brazilian Candomble it is the deity Omolu. With the world's epidemiologists struggling to curtail Coronavirus, perhaps it would help to appease Sakpata. If you are inclined to participate in this musical offering, here, to start you off, is a cassette of praise songs for the god of illness. 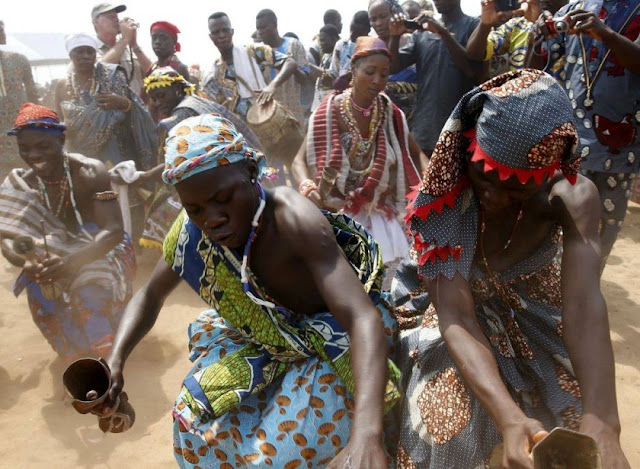 Sakpata, with Hevioso (the god of lightning, fire, and the sky) is one of the most worshipped vodun in Benin. And while many of the vodun have fewer and fewer adepts, increasingly losing faithful to the Roman Catholic church and to a variety of Pentecostal denominations, Sakpata temples continue to flourish throughout southern Benin.

I recently spent a Saturday morning wandering through the alleys of Dantopka, Cotonou's largest market. I arrived just as the market was waking up and there weren't yet many costumers. The shop keeps and market-matrons opened their stalls and organized their displays to the sound of gongs, bells, percussion, and voices. Seemingly every fifth stall reverberated with Tchincoumé, Zinli, or Sakpata rhythms. I didn't hear any Nigerian Afrobeat, Ivoirian Coupé Décalé, or Congolese Rumba. At a time when even the mighty Ethiopians, longtime flag-bearers of musical chauvinism, have succumbed to the musical mush that West Africa is pushing on the world, the Beninois seem to be holding the line, continuing their tradition of rhythmic innovation. 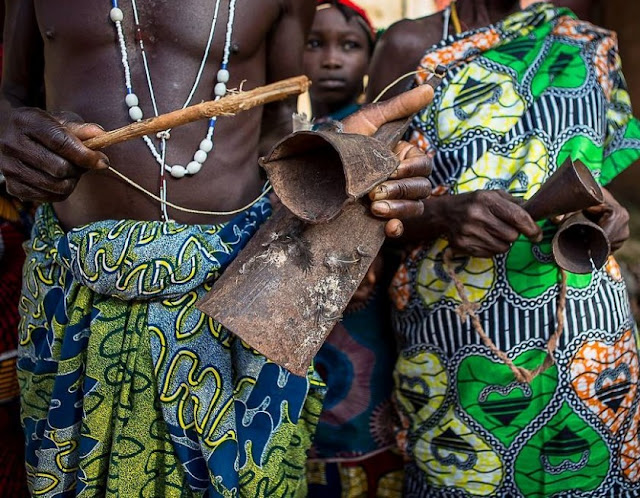 This cassette features a group from the Agbangon neighborhood of Bohicon, a market center in southwest Benin, located 9 km east of Abomey, the pre-colonial capital of the kingdom of Dahomey. The group is the Sakpata Ogou d'Ahinadjè d'Agbangon, an ensemble that creates a glorious polyrhythmic tapestry of voices, hand claps, drums, and, above all, bells. (Ogou is another Fon/Yoruba deity, the god of iron. I suspect that the use of the name, in this context, refers to praise songs for Sakpata played on bells. The Ogou being the generic name for the bells.) The cassette was produced by the great Alekpehanhou and released by his Etablissement Tout Moins Cher (everything cheaper). 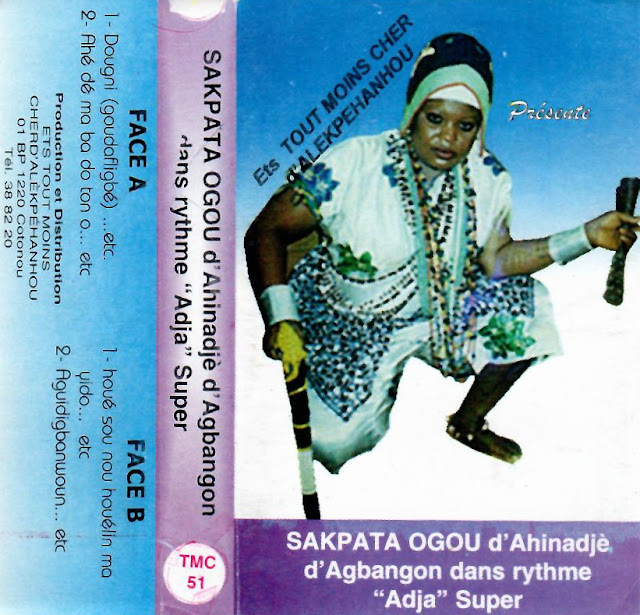 The beautiful pictures were taken from this site, that is worth a browse if you are interested in learning more about this spiritual and artistic universe.