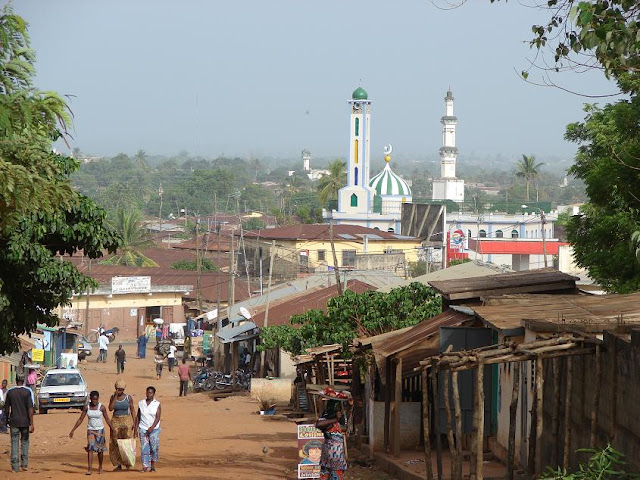 This post brings us back to Sokodé, the second largest city in Togo, 339 km north of Lomé. Years ago, I spent a week in Sokodé. My host, the director or Radio Tchaoudjo, organized an evening of music during my stay.  He brought together a half-dozen different groups from the region.  The highlight, for me, was Alaza Boukpabou, one of central Togo's renown Kotokoli singers.  He was accompanied by three backing vocalists, one of whom also played the clavé and another a small shekere. Their songs were simple and spellbinding.

This download features three long recordings by Alaza Boukpabou and his group. I don't know when these were recorded or in what circumstances. The first of the three selections has slighly better sound, but I love all of these performances. When cassettes were still the medium of musical reproduction throughout the continent, these were the kinds of recordings I spent the most time searching for. As far as I know, Alaza Boukpabou spent his career performing for Kotokoli celebrations throughout the region, and never released a commercial recording. 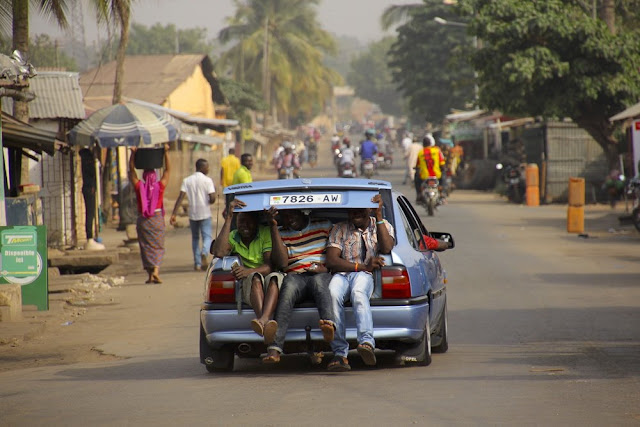 Thank you to the internet for the lovely pictures of Sokodé.