May 22, 2020
This post features three releases on the, now defunct, cassette-only label, Les Editions Mongo Kibila.  The label was based in Selembao, a densely populated neighborhood in southern Kinshasa.  Twelve years ago I interviewed Papa Ya Nsiala, the founder and owner of the label.  He told me how the label grew out of his love for Bakongo music, 'le folklore', village rhythms and songs performed by urban ensembles.  As Papa Ya Nsiala told me, 'the new dances of Wazekwa (Felix), Werrason, and all of the modern musicians, capture the attention of the public for a few months, then disappear. But the folklore that we produce and promote stays for years'. 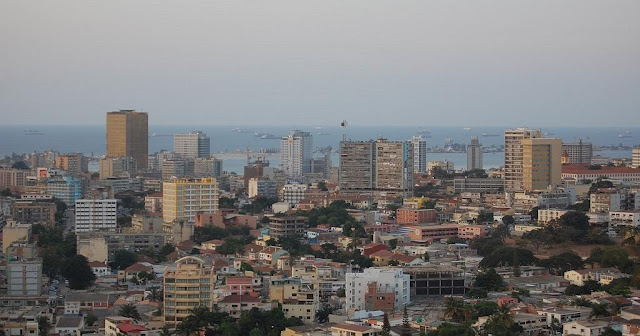 The only information on the label--written in pen--is Bakongo dans Bana Bazombo.  I assume from this label that this cassette features songs of the Bazombo ethnic group, (the most famous Bazombo ensemble is the Konono #1).  The ensemble features electric guitar, bass likembe, bells, and call and response vocals.

This second cassette is titled Bolele Munzanza. The ensemble has the same lineup as the first cassette, except that the guitar is replaced by a flatulent synth, sometimes funky, sometimes repellent.

I featured two songs from this next cassette in the piece I posted twelve years ago (see link above). L'Orchestre Maita 1er de Ya Garry remain, in my estimation, one of the strongest groups that Papa Ya Nsiala promoted on the Editions Mongo Kibila.  They feature, again, the de rigeur lineup for Bakongo music of electric guitar, bass likembe, percussion, and vocals. I particularly like the bass likembe player. His lines remind me of the guitar breakdowns of Lele Nsundi of the great Orchestre Kiam. Lele was from the Bas-Congo and grew up listening to Bakongo folklore.  This kind of music was one of his formative influences.

Bakongo music doesn't feature the rhythm changes or angelic melodies of Congolese Rumba. These ensembles are all about catching a groove and holding on to it. The longer you play it, the better it gets.

The picture above is not Selembao but downtown Kinshasa. I couldn't find any interesting pictures of Selembao. My memory of the neighborhood is all muddy tracks, dense market stalls, and low tin-roofed homes.